Liam Gallagher dedicated his final song during a charity performance to Taylor Hawkins following the death of the Foo Fighters drummer at age 50 on Saturday.

At the end of the gig, Gallagher sang Live Forever, dedicating it to his friend Hawkins. 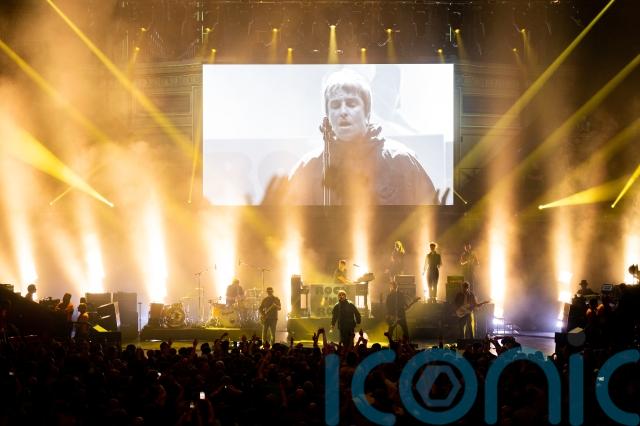 A photograph of the rock star, who died during the South American leg of Foo Fighters’ world tour, was displayed throughout the emotional performance.

The drum kit used in the charity gig also had the name “Taylor” written prominently on it.

Following the news of Hawkins' sudden death, Gallagher wrote in a tweet: “Absolutely devastated to hear the sad news about Taylor Hawkins my thoughts and prayers are with his family and friends RIP brother.”

Gallagher is an ambassador for Teenage Cancer Trust and played the penultimate concert in a week-long series which has also featured Don Broco, Yungblud and Madness.

The performances, now in their 20th year, included an evening of comedy hosted by Joel Dommett with guests including Rob Beckett, Romesh Ranganathan and Seann Walsh.

The Who frontman Roger Daltrey helped launch the concert series to raise money for Teenage Cancer Trust in 2000 and is also a patron of the charity. There were no shows in 2020 or 2021 due to the pandemic.