SpaceX has launched four astronauts to the International Space Station for Nasa, less than two days after completing a flight chartered by millionaires.

It is the first Nasa crew comprised equally of men and women, including the first black woman making a long-term spaceflight, Jessica Watkins.

“This is one of the most diversified, I think, crews that we’ve had in a really, really long time,” Nasa’s space operations mission chief Kathy Lueders said on the eve of launch.

The astronauts were due to arrive at the space station last night (Wednesday April 27), 16 hours after their pre-dawn lift-off from Kennedy Space Centre in Florida. 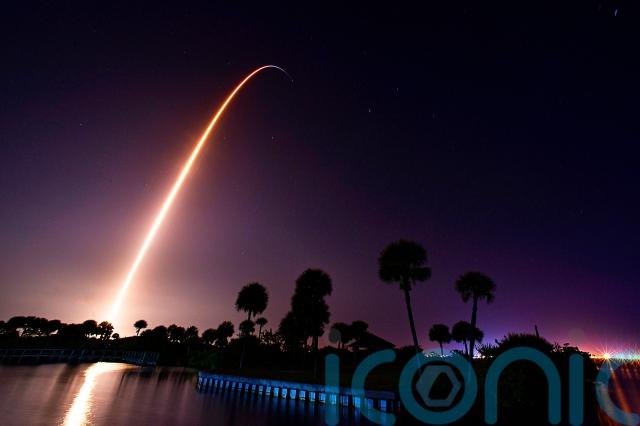 “Anyone who saw it realised what a beautiful launch it was,” Ms Lueders told reporters.

After an express flight comparable to travelling from New York to Singapore, the crew will move in for a five-month stay.

Elon Musk’s company is having an especially busy few weeks: it just finished taking three businessmen to and from the space station as Nasa’s first private guests.

A week after the new crew arrives, the three Americans and German they are replacing will return to Earth in their own SpaceX capsule.

Both SpaceX and Nasa officials stressed they are taking it one step at a time to ensure safety.

The private mission that concluded on Monday encountered no major problems, they said, although high wind delayed the splashdown for a week. 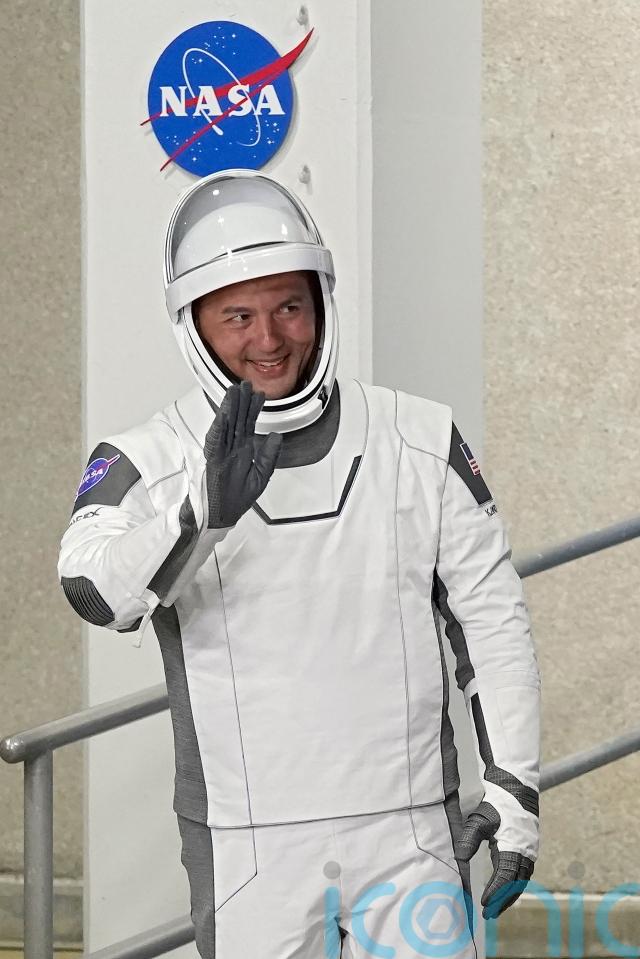 SpaceX Launch Control wished the astronauts good luck and Godspeed moments before the Falcon rocket blasted off with the capsule, named Freedom by its crew.

“Our heartfelt thank you to every one of you that made this possible. Now let Falcon roar and Freedom ring,” radioed Nasa astronaut Kjell Lindgren, the commander.

Minutes later, their recycled booster had landed on an ocean platform and their capsule was safely orbiting Earth.

The SpaceX capsules are fully automated – which opens the space gates to a broader clientele – and they are designed to accommodate a wider range of body sizes.

At the same time, Nasa and the European Space Agency have been pushing for more female astronauts.

While two black women visited the space station during the shuttle era, neither moved in for a lengthy stay. 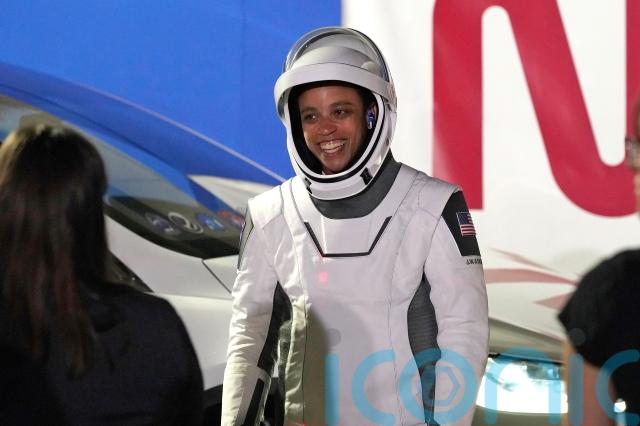 Ms Watkins, a geologist who is on Nasa’s shortlist for a moon-landing mission in the years ahead, sees her mission as “an important milestone, I think, both for the agency and for the country”.

She credits supportive family and mentors – including Mae Jemison, the first black woman in space in 1992 – for “ultimately being able to live my dream”.

Also cheering Ms Watkins on was another geologist, Apollo 17’s Harrison Schmitt, who walked on the moon in 1972.

She invited the retired astronaut to the launch, along with his wife.

“We sort of consider ourselves the Jessica team,” he said, chuckling.

“Those of us who rode the Saturn V into space are a little bit jaded about the smaller rockets,” Mr Schmitt said after the SpaceX lift-off.

“But still, it really was something and on board was a geologist … I hope it will stand her in good stead for being part of one of the Artemis crews that go to the moon.” 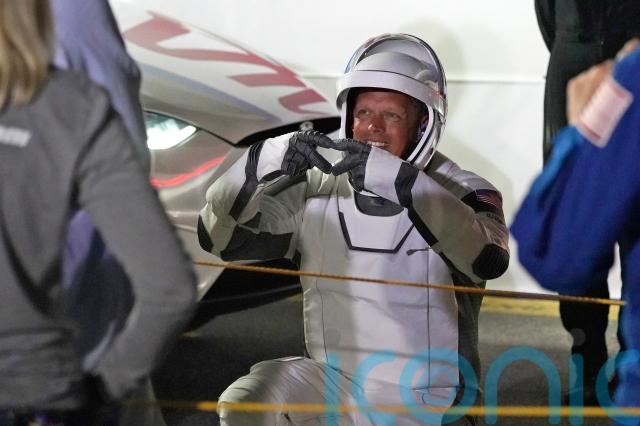 Ms Cristoforetti turned 45 on Tuesday, “so she really celebrates and is very happy with a big smile in the capsule”, said the European Space Agency’s director general Josef Aschbacher.

“She’s really a role model and she’s doing an enormously fabulous job on doing exactly that.”

The just-completed private flight was Nasa’s first dip into space tourism after years of opposition.

The space agency said the three people who paid 55 million dollars (£43.7 million) each to visit the space station blended in while doing experiments and educational outreach.

They were accompanied by a former Nasa astronaut employed by Houston-based Axiom Space, which arranged the flight.

“The International Space Station is not a vacation spot. It’s not an amusement park. It is an international laboratory, and they absolutely understood and respected that purpose,” said Nasa flight director Zeb Scoville. 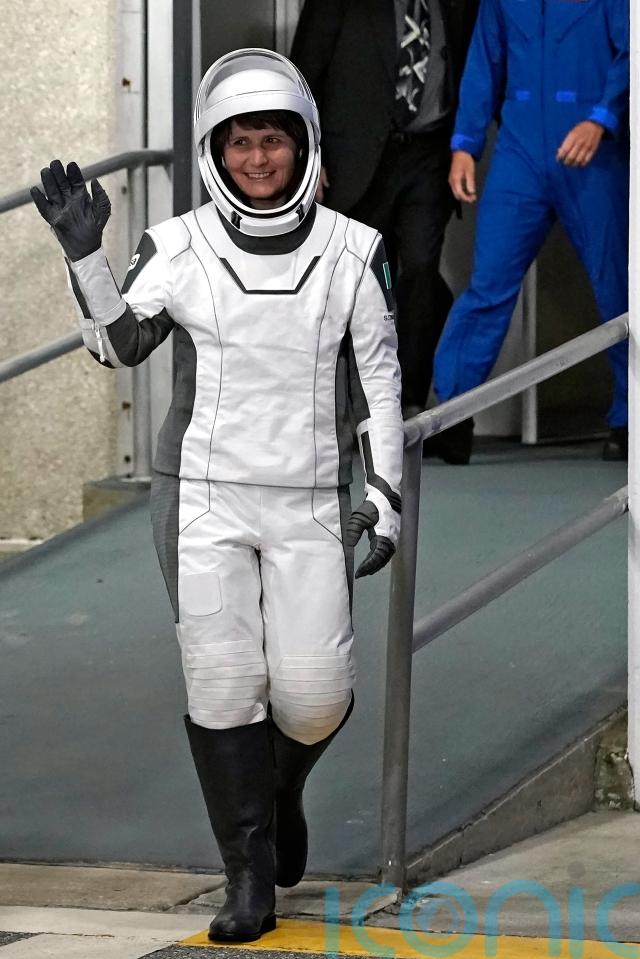 The company will take another shot next month at getting an empty crew capsule to the space station, after software and other problems fouled a 2019 test flight and prevented a redo last summer.