Khan has had a storied career and will go down as one of Britain’s finest fighters, having followed up his 2004 Olympic silver by unifying the light-welterweight division and taking on the world’s best on the grandest stages.

He ended a two-and-a-half-year hiatus from the ring on Saturday night but was thoroughly outclassed by Brook, who has chased this fight for a long time and grasped this opportunity with both hands in the 149lb catchweight bout. 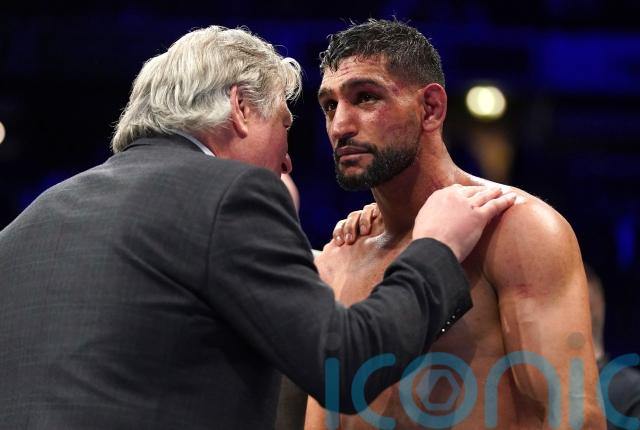 While Khan refused to go down, his face was heavily bruised as he weathered some brutal barrages from Brook, who had his rival pinned against the ropes when referee Victor Laughlin stepped in 51 seconds into the sixth round.

Brook breathed fresh life into his career after collecting the 40th win from 43 contests but an emotional Khan admitted a sixth defeat to go with 34 wins might spell the end of the road after 17 years as a professional.

“I’ll sit down with my family but I think it could be,” Khan said when asked whether this could be his last fight. “It’s something to think about, definitely.

“I’ve always said I never want boxing to retire me, I want to retire from boxing and punishment like that sometimes in boxing, too much of that can be sometimes harmful in the future.

“I’ll sit down with my wife and my family in the morning and see where we go from here.” 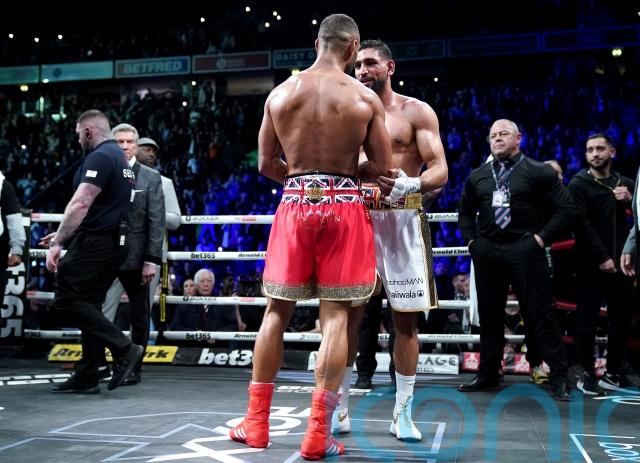 Khan was magnanimous in defeat as the former world champions, both 35, settled their differences after a fractious build-up where they had to be pulled apart by security on more than one occasion.

They have been at loggerheads for years and while the widely-held view is that this fight has come far too late in the twilight of both their careers, Khan refused to attach an asterisk to Brook’s success.

“Credit goes to Kell, he put on a great performance,” Khan said. “No excuses – the better man. He boxed out of his skin, I never expected that from him.

“The training camp I had for the fight was the best training camp. I don’t want to have anyone blame (his coaching team) because they did everything they needed to. I put my hand up and take full fault. We didn’t leave any stone unturned.”

Brook, who did not rule out hanging up the gloves himself after one of the finest wins of his career, also had warm words for someone he admitted he had come to despise after years of being snubbed for a bout. 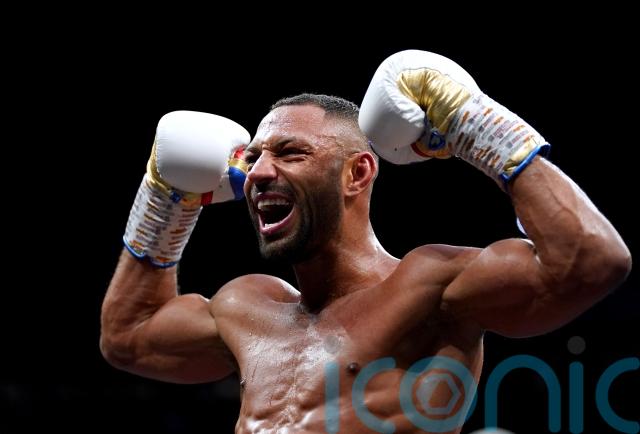 But Brook, fighting for the first time since November 2020 when he was stopped in four rounds by Terence Crawford, channelled those frustrations expertly in a fight many thought would be too close to call.

It was largely one-sided, with Brook’s power repeatedly leaving Khan on wobbly legs over the 16 minutes of action but the pair showed respect for each other by embracing afterwards in the ring.

“He’s had a fantastic career. He’s been to America, he’s won world titles, he’s been involved in some massive fights,” Brook said. “He’ll have to sit like I will and see if we do want to carry on.

“But we’ve shared the ring together and I think we’re alright now.”

Denise shared the artwork for the song online